Australia introduced several species of dung beetles from South Africa in an effort to deal with a big poop problem, cattle dung. Australia's infamous bush fly population exploded with the introduction of cattle. There was no native Australian mammal that produced such large droppings and therefore no native beetles to feed on these large "meadow muffins". The introduced beetles eventually reduced the bush fly population by 90 percent! (I don't think I could have birded Australia when the bush fly population was at its peak. Even at 10 percent they occasionally drove me crazy)
The large number of African Elephants in Kruger National Park leave a substantial amount of poop laying about (+1,200 tons per day).  We noticed the piles of dung on the roads well before we saw our first elephant. 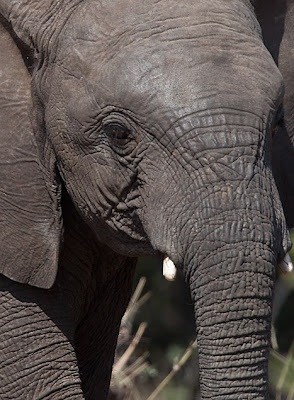 In addition to the insects that specialize in this coprophilous habit there are also birds and mammals that poke around the droppings looking for tasty treats.  Here are a few we found while birding the park.
Southern Yellow-billed Hornbills were frequently seen at elephant dung.
This female Vervet Monkey found a quick snack under a lump of elephant dung. 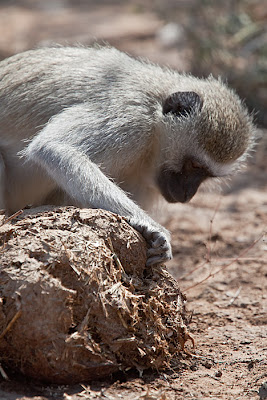 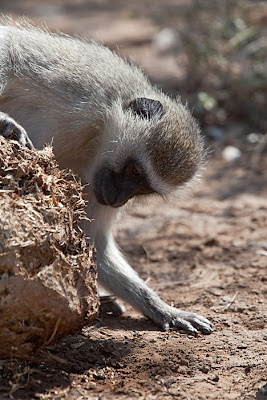 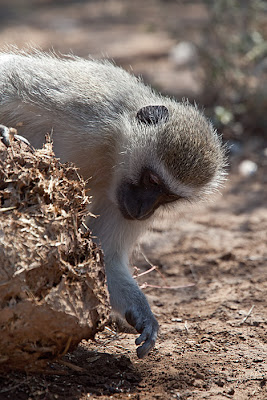 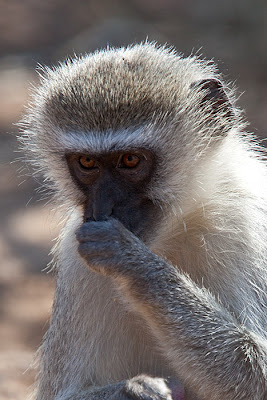