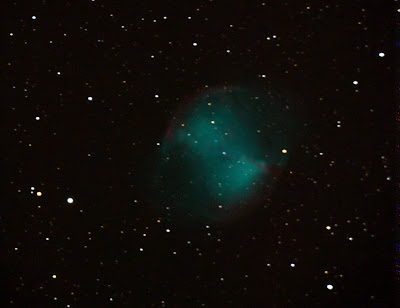 With nightfall arriving earlier at this time of year it is possible to spend some time observing the night sky and still get to bed at a reasonable time. As a bonus the weather is typically mild and the sky often clear.
This image of the Dumbbell Nebula was taken at the Hallam Observatory using my Canon 5D Mark II and the 14 inch telescope on September 12. I used an autoguider for the first time which enabled me to use 8 minute exposures for the nebula.
The Dumbbell is a "planetary nebula", a shell of gas and plasma formed by a dying star. It is high overhead at this time of year and can be seen with binoculars. It is near the tip of Sagitta, the arrow.
Posted by Paul Pratt at 12:18 AM No comments: 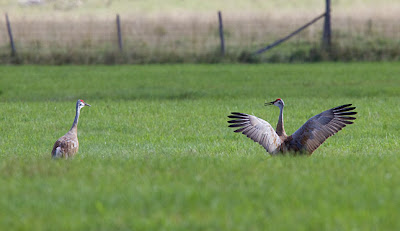 We have just returned from vacation which included a bit of camping on Manitoulin Island. I include a photo of Sandhill Cranes as these birds seemed to be present in hay fields throughout the island. It was hard not to be within sight or sound of cranes while traveling on the island. 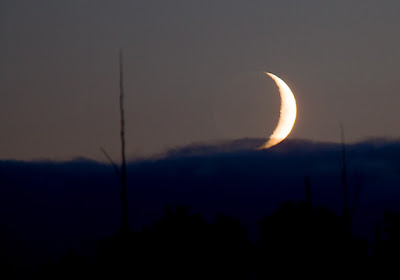 On August 24 we camped in the dark sky site at Gordon's Park and had the good fortune to have the entire site to ourselves. As the sky darkened we heard Sandhill Cranes calling in the distance, followed by the appearance of several Common Nighthawks. A displaying American Woodcock was unexpected so late in the summer as well as a singing Whip-poor-will. Late into the night we heard Barred Owls and a variety chip notes from migrating song birds.
It was a beautiful dark sky once the moon set. The image below shows our tent against the northern portion of the Milky Way. If you look closely you can see the bright smudge of the Andromeda Galaxy and the "W" of Cassiopeia. 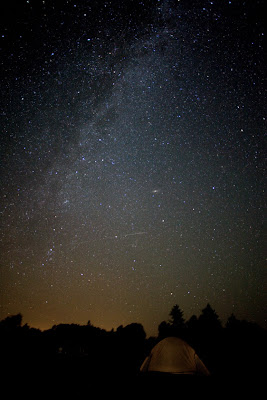 Looking south towards the centre of the Milky Way was just incredible. From my urban backyard in Windsor I can't even see a hint of the Milky Way due to the huge amount of light pollution from Windsor and Detroit. The bright object in the left edge of the image is Jupiter. 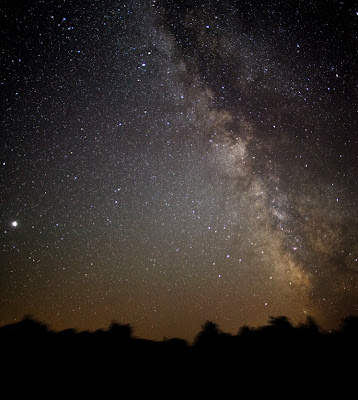 The above images were taken with a 20 mm lens on a Canon 5D MII (two minute exposures at ISO 1600 with the camera on an AstroTrac tracking mount).
Posted by Paul Pratt at 10:09 PM 1 comment: