A backyard bird feeder in Panama 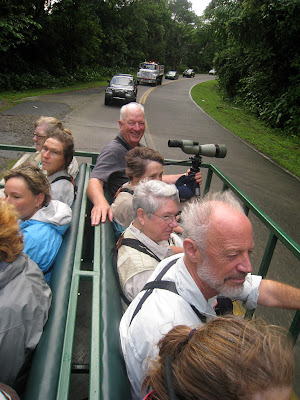 On the road to Gamboa 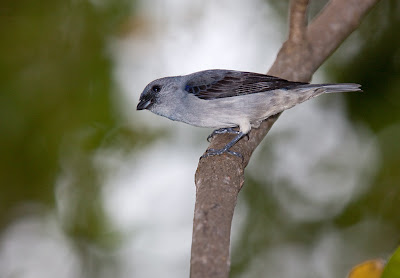 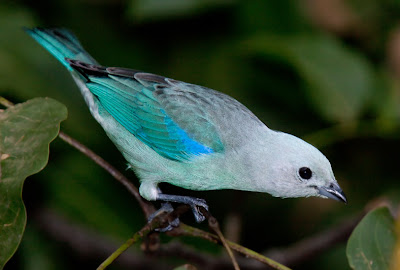 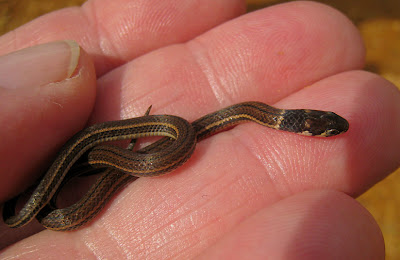 People often ask if we see snakes while birding in the tropics. Here is an image of the only snake we found on this trip, a tiny centipede snake (Tantilla sp.) found at Cerro Azul by Karen Cedar. It wasn't much different in size from the only snake we saw in Ecuador last February. Centipede (blackhead) snakes are mostly nocturnal and feed mostly on invertebrates.
Here is a clip of Swainson's Hawks with a few Broad-winged Hawks starting to lift up over the hills on the morning we were up Cerro Azul. The observation deck was a great place to watch hawks and vultures streaming by at eye level. 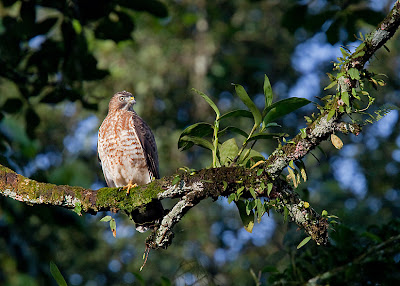 Individual Broad-winged Hawks were seen on most of our walks.
The most abundant insect encountered in Panama was the leafcutter ant. The ants bring freshly cut plant material back to their underground chambers were they cultivate a particular fungus that provides the ants with food. An ant colony can contain up to several million ants!
Just to show everyone that it does rain in the rainforest. November is the wettest month of the year and yet we were rain free for the morning hours each day with only occasional rain in the afternoons.
Posted by Paul Pratt at 5:59 PM No comments: 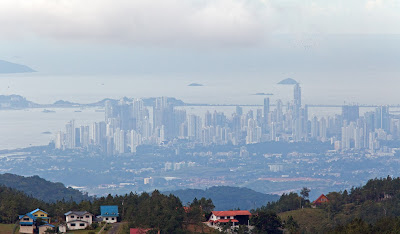 I spent October 27 to November 4 in Panama with a group organized by Tom Hince. Visit Tom's blog for other images from this trip. Here is the view of capital, Panama City, from Cerro Azul. If you look very closely you can see a flock of migrant raptors over the city. We saw tens of thousands of Turkey Vultures, Broad-winged Hawks and Swainson's Hawks migrating through the canal zone during our visit.
CLICK ANY IMAGE FOR A LARGER VIEW 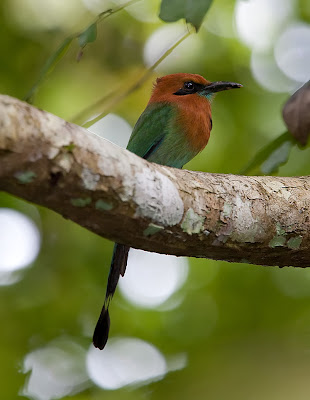 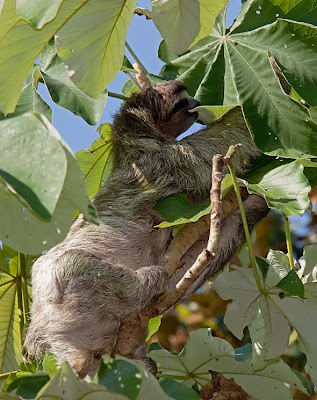 Most sloths seen on the trip were curled up asleep but this Brown-throated Three-toed Sloth was having a mid-day snack of cecropia leaves. 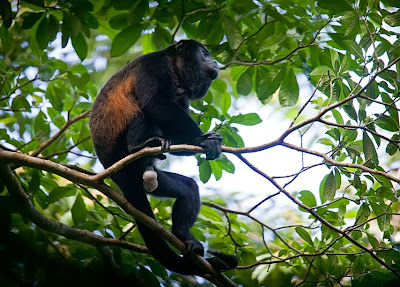 While birding took precedence we also took advantage of any possibility to see other wildlife such as these Mantled Howler Monkeys. One place we stayed had Geoffrey's Tamarins that visited the bird feeders every day. 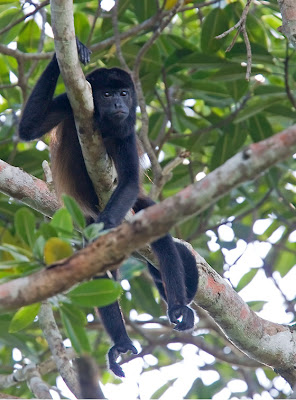 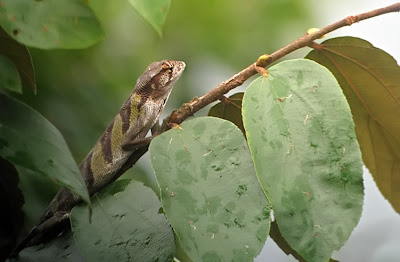 This lizard was seen from the top deck of the Canopy Tower. It is called a False Chameleon or Canopy Lizard, Polychrus gutturosus. This arboreal lizard was basking on the highest branches of a tall tree near the tower. 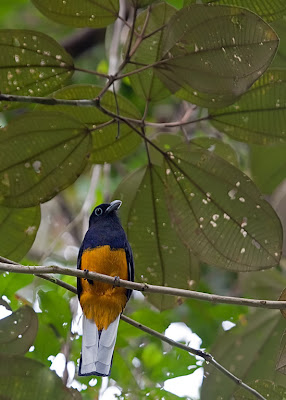 Panama seemed to be a great location to see trogons as we generally saw several every day . This is a White-tailed Trogon, one of the less frequently seen species on the trip. 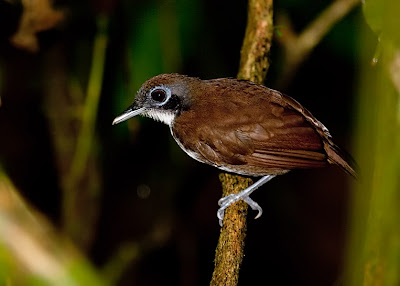 On our last full day of the trip along Pipeline Road we came across a large group of Amy Ants and their attendant bird flock. Bicolored Antbirds (image above) were most numerous but we also saw Spotted Antbirds, Ocellated Antbirds, Black-throated Antthrushes, Gray-headed Tanagers, several woodcreepers and a White-whiskered Puffbird. A very impressive mix of birds. 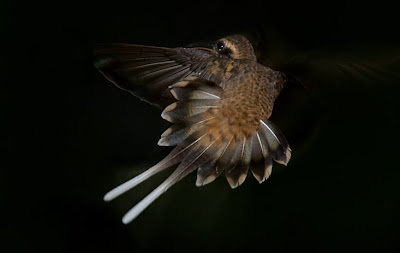