The annual emergence of mayflies from Lake Erie is a dramatic event.  Although they do not eat as adults and only live for a few hours no one can ignore the huge number of Mayflies when they emerge from the lake in mid June (perhaps they should be called Juneflies?).

Immense numbers were recorded back in the 1950's but the huge flights disappeared by the early 1970's. The reappearance of these insects has been taken as a sign of the improved health of the lake. 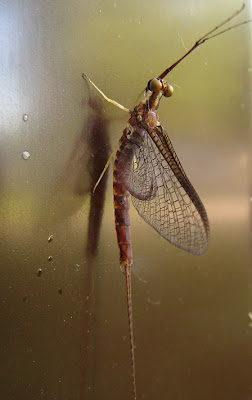 Here are a few images from Marie's home on June 19. There were millions of these little critters on her house and  on every leaf of every tree and shrub in her yard. 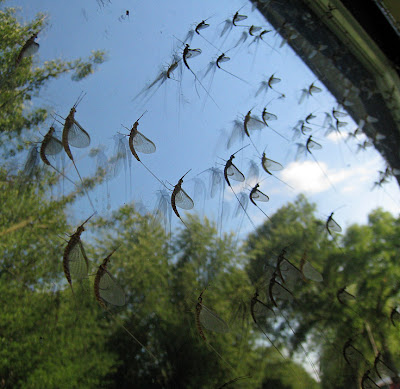 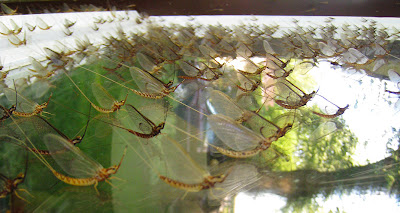 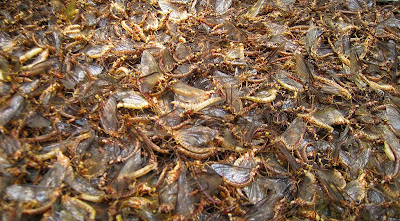 May 25 - On our first day in Alberta we drove from Calgary down to Waterton Lakes National Park. Roadside birding was great and here are a few images from the day.
CLICK IMAGE TO ENLARGE 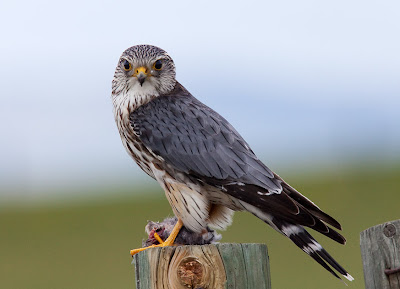 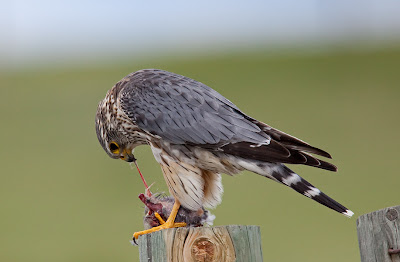 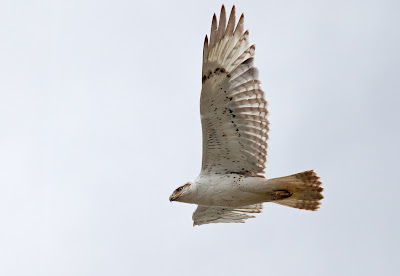 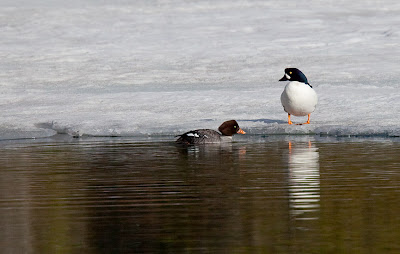 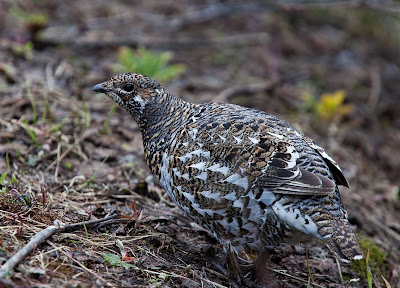 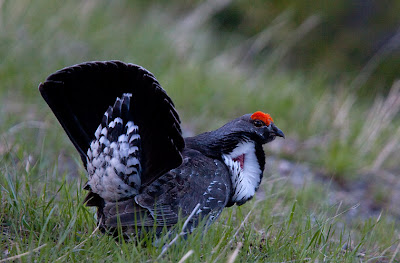 displaying male Dusky Grouse along Cameron Lake Road just above village of Waterton Lake.
Posted by Paul Pratt at 12:18 AM No comments: 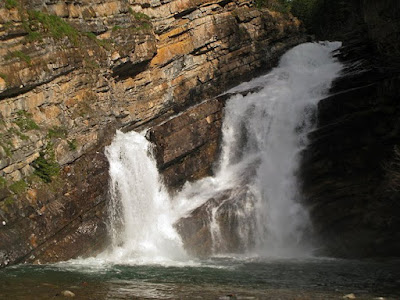 Dipper and Harlequin Duck were seen here in the village at Waterton Lakes National Park. 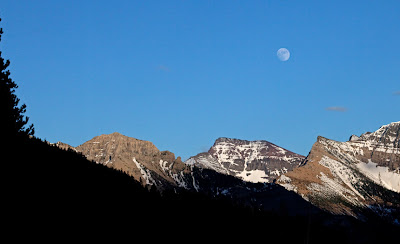 Moon rise over the Rockies in Waterton Lakes National Park 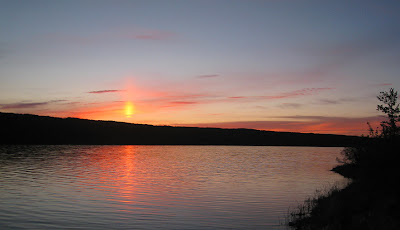 After the sun set this "sun pillar" was a breathtaking sight over Kehiwin Lake in northeastern Alberta. 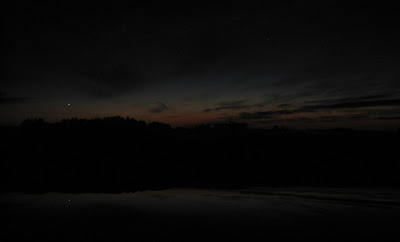 Just after midnight near Cold Lake on June 2. At this time of year and at this latitude the night sky never becomes very dark.  The bright "star" is Venus. 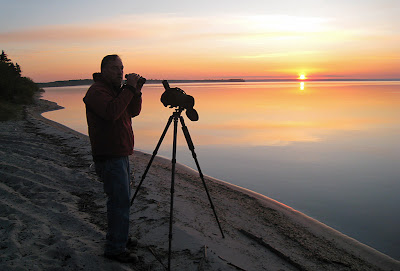 Although this trip was primarily for birding I found that, once again, Alberta was a great place to see mammals as well as birds. Here are some images from this trip and a few from last year's (see also photos from June 2009).
CLICK IMAGE TO ENLARGE 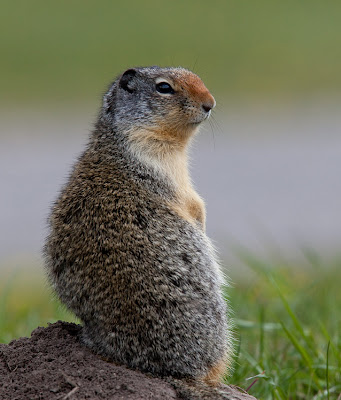 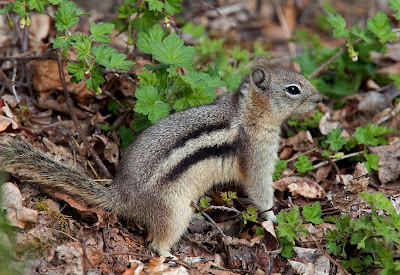 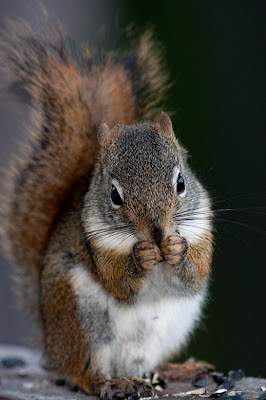 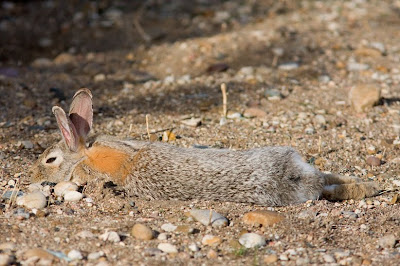 Here are mages of the three species of rabbit found in Alberta.
Nuttall's Cottontail (above image from prior trip to Saskatchewn), 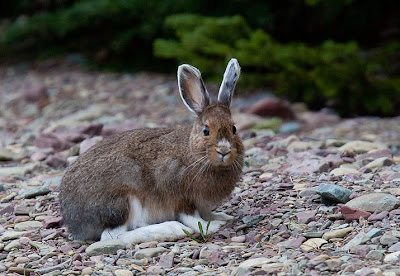 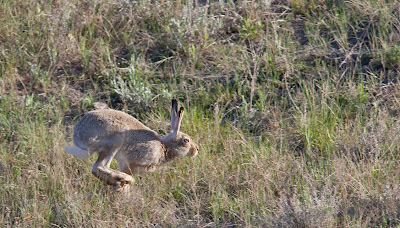 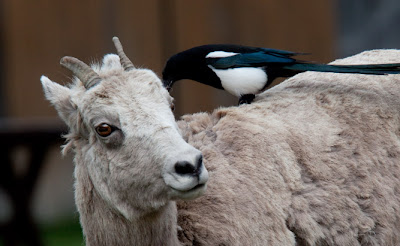 Bighorn Sheep at Waterton Lakes National Park being groomed by a magpie. 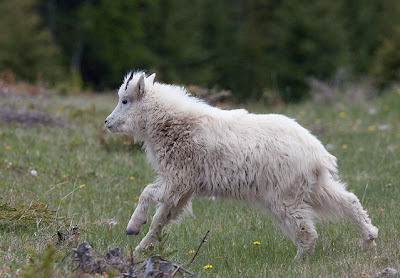 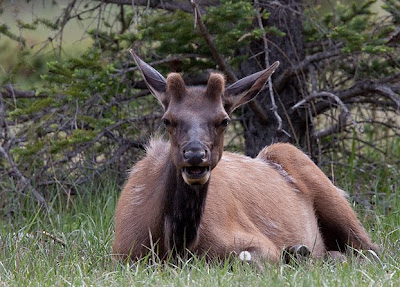 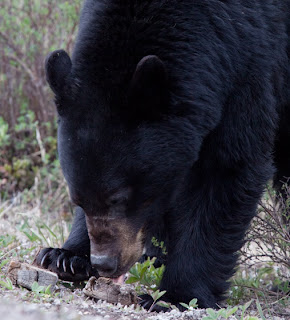 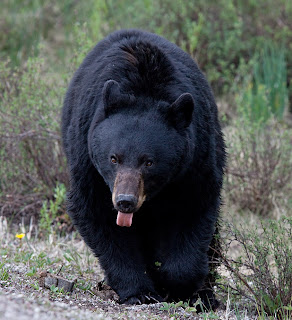 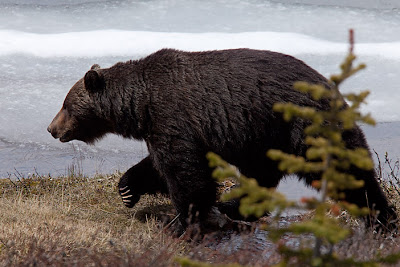 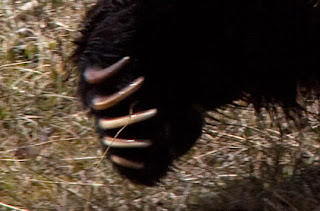 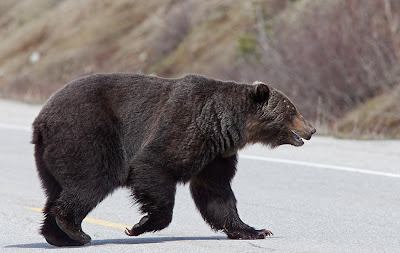 Grizzly Bear at Bow Lake in Banff National Park (my first for Canada)!
Posted by Paul Pratt at 12:32 AM 2 comments: