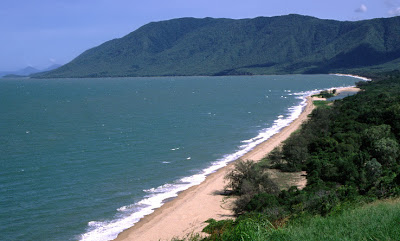 It is winter here in Ontario but mid summer in Australia. I am planning to return there later this year and I have been going through a few of my photos from past trips.  Here are a few of my favourites. 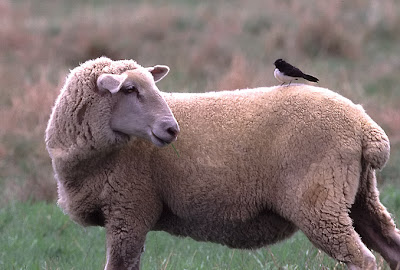 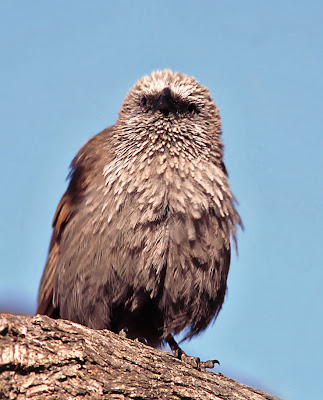 Apostlebirds are found in noisy parties of a dozen or so. 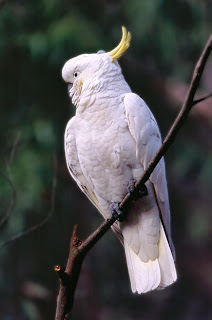 This noisy Sulphur-crested Cockatoo tried stealing our french fries in Royal National Park. Australia has an amazing variety of parrots. 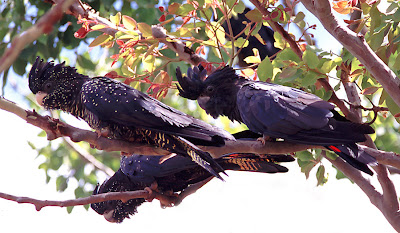 One of my more memorable moments in birding the interior part of northern Queensland was coming across a large flock of Red-tailed Black-Cockatoos as they slowly drifted through the open forest. 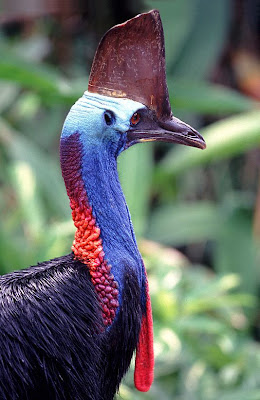 This Southern Cassowary stuck its head through a window in order to steal fruit off the kitchen counter! 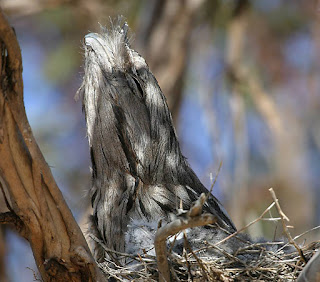 A Tawny Frogmouth in concealment posture. There is a small chick in the nest.
----------

The bird life is spectacular but the plants, and other wildlife received a lot of attention. 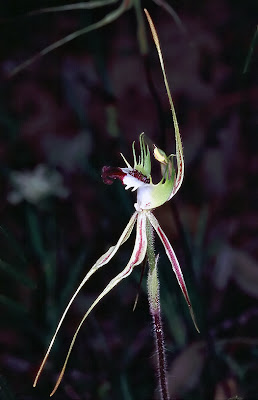 The King Spider Orchid releases a scent that attracts male thynnid wasps. The wasps pollinate the flower when they try to mate with the flower's conspicuous lip. 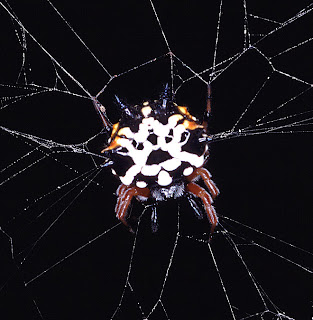 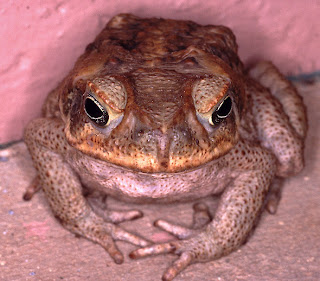 Cane Toads were introduced to Australia with disastrous results. They are now very common and spreading in the north-east. 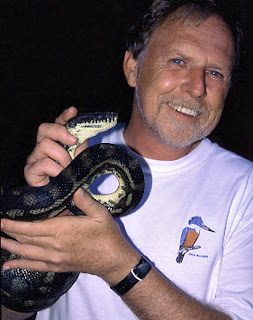 Australia likes to boast about all their venomous critters but this Carpet Python, although an impressive size, was otherwise  harmless. 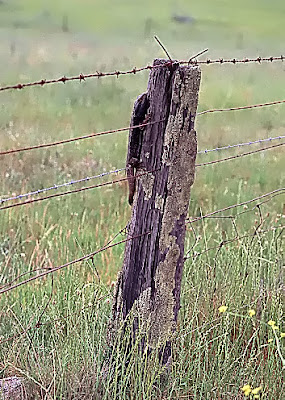 Driving into the beautiful Capertee Valley we spotted a lump on a post. 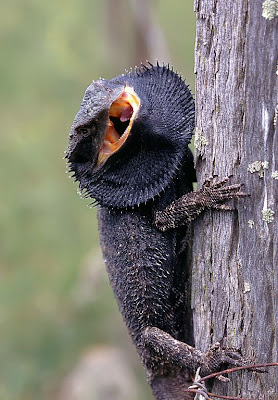 When I tried to touch this lump the Bearded Dragon flared its spiny hood and looked ready to bite! I didn't disturb the lizard any further. 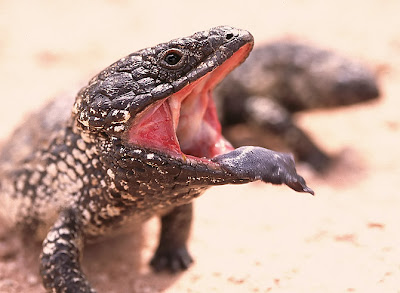 This Shingleback Skink also gaped when approached but added to the defence posture by sticking out its blue tongue. This display is just for show as they rarely bite. 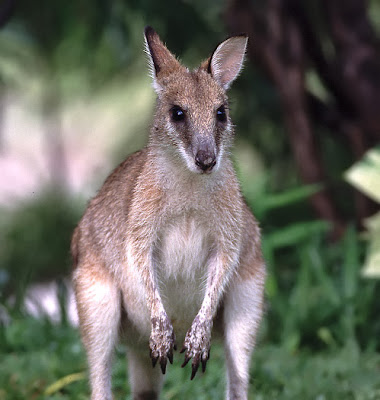 Koalas, kangaroos, wombats, gliders, possums, bandicoots and other marsupials are another distinctive feature of Australia. This Agile Wallaby was photographed in Mt. Carbine, Queensland.
Posted by Paul Pratt at 11:25 PM 1 comment: